Over the years, Mason Williams' achievements have been acknowledged and celebrated by the music and television industries, the Writers Guild, academic institutions, governments and the communities in which he has lived and worked. 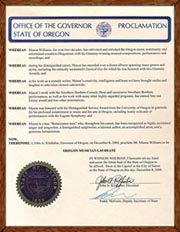